What is the Endocannabinoid System and How Does it Work?

What Is the Endocannabinoid System?

The Endocannabinoid System is the primary human biological system that interacts with hemp. Hemp and cannabis are versatile plants used by millions of people around the globe for different purposes. Every effect that CBD and THC have on the human body is thanks to the endocannabinoid system.

In order for our bodies to perform their best, the biological systems found within us (ex: the cardiovascular system and digestive system) must regulate themselves to keep conditions in an ideal middle range.

Cannabinoid Receptors Within the Endocannabinoid System

Cannabinoid receptors lie on cell surfaces throughout the body. They transmit information about changing conditions to the cell’s inside. This, in turn, sparks a cellular response. 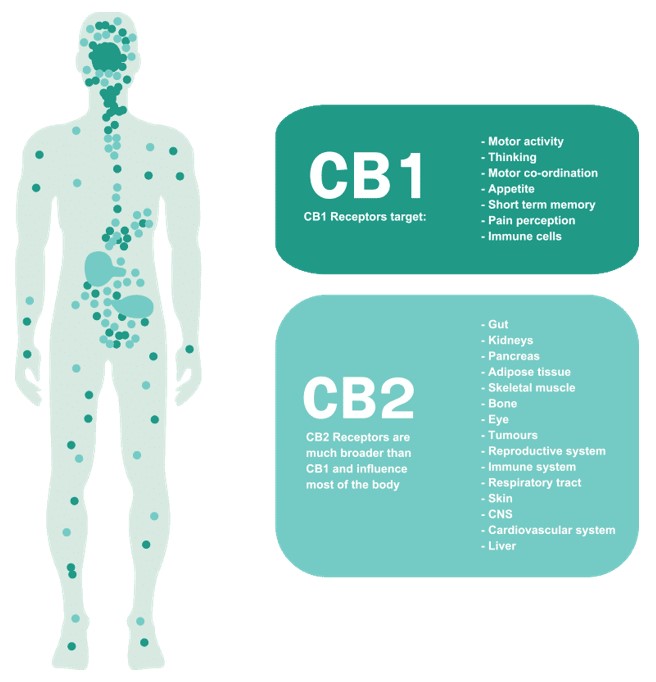 A few examples of cannabinoids include:

These enzymes ensure that endocannabinoids are used only when they are needed. This

How the Endocannabinoid System Regulates Neurons

Neurons are brain cells that communicate with each other by sending electrochemical signals to one another. Each neuron must listen to its partner neuron in order to decide whether to fire off a signal.

However, neurons do not like to give out too much signal. In fact, a neutron that gives out too many signals can become toxic. This is where endocannabinoids come in.

When the immune system suffers from an infection, it responds with inflammation as a natural protective reaction. The main purpose of inflammation is to reduce damaged tissue as well as remove pathogens or germs which can cause infection. Inflammation is a result of immune cells and fluid cells moving into the affected area to help regain homeostasis.

How Do THC and CBD Interact with the Endocannabinoid System?

The main reason that plant cannabinoids provide psychoactive and medicinal effects is because they interact with the endocannabinoid system.

What is CBD? Cannabidiol, or CBD, is a cannabinoid found in the cannabis sativa plant and it is an increasingly...